Hey guys, so I’m an adult dogger now! I don’t know about you, but growing up is pretty great. I mean, I got a birthday cake, a party with my friends, and LOTS of new toys. It’s a good thing I got a lot of toys too, because I will surely destroy them one by one over the next few weeks. Destroying toys is the best.

Anyway, I digress. The weekend started out by having some good weather and going to the dog park. I was able to chase my frisbee and have a lot of fun with my friend, Oz. Oz and I also got to play with some other dogs so that was fun too. Then later that day mom and I hung out with a friend and boy do I like having friends around. It’s an extra person to shower with kisses!

On Sunday morning the birthday celebration continued with mom making me a cake. I mean, it was a cupcake, but a cake all the same. It looked and smelled so delicious and it was quite a bit of torture when mom made me sit still to take pictures with it first. I’m glad that I know how to chill because that was some tough work I did.

After the pictures Mom loaded me into the car and we went on a car ride. I wasn’t sure where we were going, and I had no idea if it would be fun, but I made as much noise as possible in the car to show her I was excited! It was extra awesome because it was a 30 minute car ride so she got to listen to me talk about my excitement the whole way there! I’m pretty sure mom loves it when I talk to her on car rides. She says my name repeatedly and I think that’s a good sign.

Anyway, once we got to our destination I was so excited to see that not only were my friends there, but there were new dogs too! I really wanted to love the new dogs, though mom thinks I wanted to love them too much, but what does she know. In addition to the dogs, Santa and Mrs. Claus were there. These were not part of my new friend group. I do not like strangers. However, I did oblige to sit on the chair next to Santa as long as he didn’t touch me for more than 5 seconds.

After we took some pictures I got to open presents, do some tricks, and in general just have a great time. After all was said and done, and after we got home, I spent the evening lounging in my bed because boy was I tired! It’s a lot of work to have a birthday party that is that much fun! Here’s to hoping mom can top it next year. 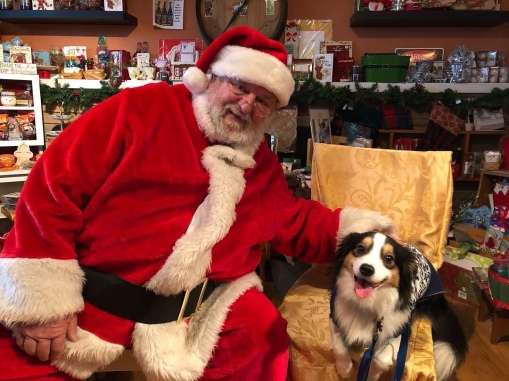 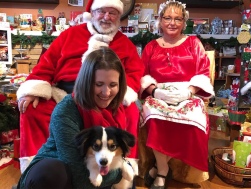 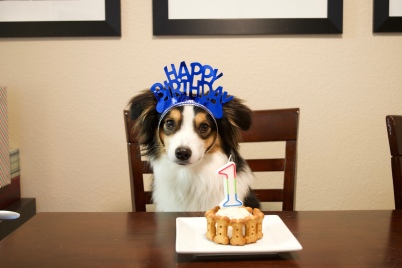